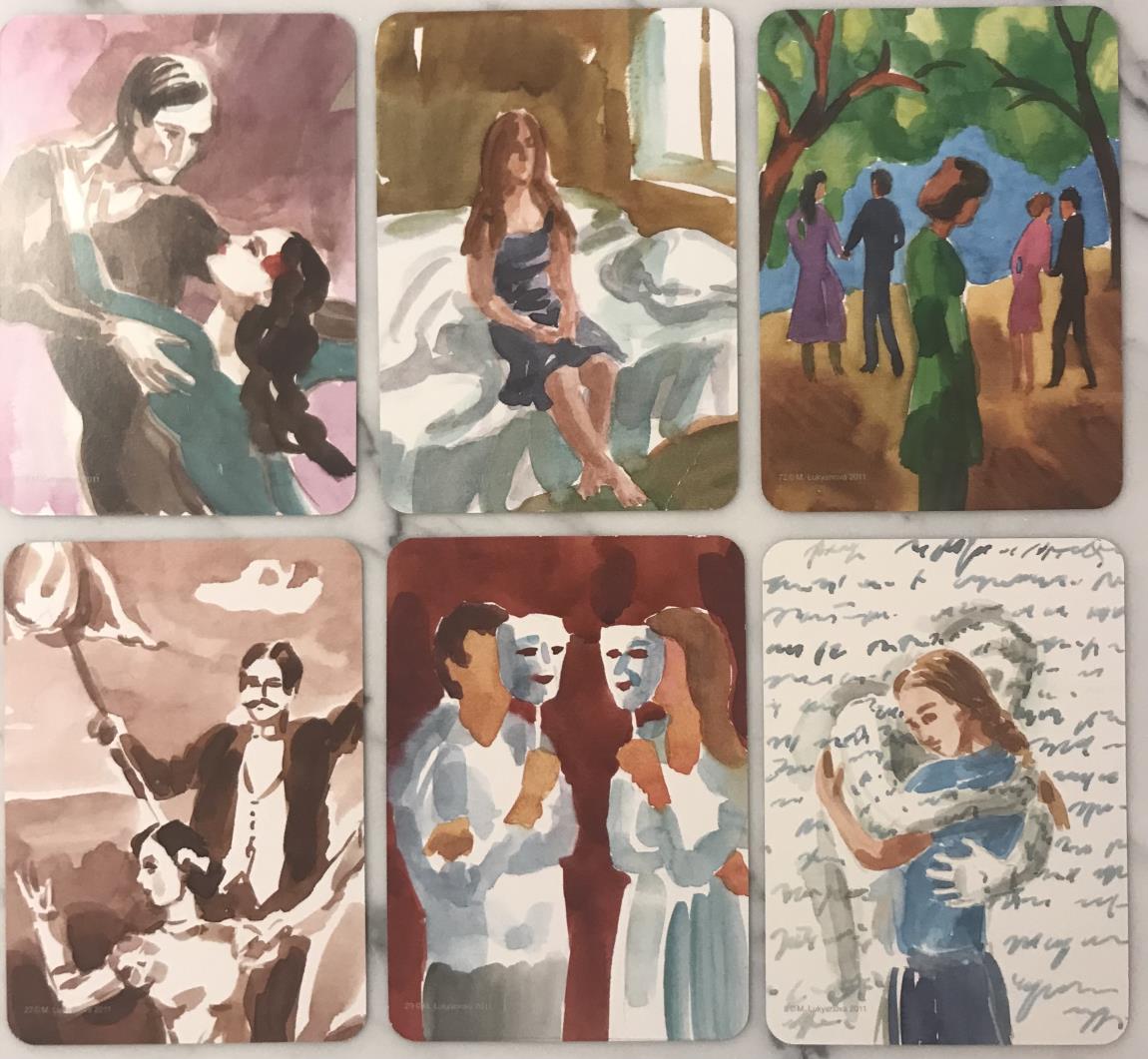 Relationships – The Encounter with the Other

Working with TanDoo Cards and OH-Cards

Ana is a middle-aged woman, with a youthful look and a certain sadness in her gaze. She is a professional, mother of two kids, and going through a grieving process due to the separation with her husband and her mother’s terminal illness, with whom she has a distant relationship, which causes her a deep pain. Ana is questioning her place in her relationship with her partner and her relationships in general.

She is very distressed, has trouble organizing her discourse, she gets lost, jumps from one topic to another, she is worried about her kids, her work, “I feel lost”, “My breakdowns scare me”. Referencing to her work, she says: “I would like to do interiorism”. I take the idea of “interiorism” and try to extend it beyond the working environment.
She asks herself what place does she have for other people, why are all her relationships conflictive?
Ana is very creative; she likes art and photography, which connects her directly to her emotions. Driven by her interest in art and the images, as well as my own intuition, I suggest working with the cards. At that moment, I think about working with the Tan Doo images.
I tell her that there are different types and that, in this occasion, I would like to use the ones that evoke situations related to relationships.

She becomes enthusiastic very quickly by the proposal and I perceive a change in her body language, she is lively and cooperative.
Firstly, I ask her to choose six images that she relates to and other six images that show the relationship that she would like to have with her partner.

Ana: ”The first ones have to do with admiring a man, but then we are left alone. You never really get to know the other, to figure them out”.
“It’s like I’m always waiting for another person to save me. The other person is above me. He is there, but not really, there’s no bond…”

Ana links these images to her relationship with his ex-husband and her current partner. She starts talking about the feeling of loneliness; she speaks with sadness, as if this feeling had been accompanying her for quite some time, even as a child.

I then ask her to choose the images that show the relationship that she would like to have with her partner.

Ana: “There’s more equality here, we can talk openly, there’s a bond, but one that includes an embrace that comes from the soul, from sexuality” (becomes distressed and starts crying) “I feel like I never had that: a man that supports his woman, that gives her room, as a woman and as a mother…”

I show her the Tan Doo cards with signs. These cards symbolize the signs in the road of our lives. Ana chooses five.

“This is hard! I can think of many things. I could take all of them… Avoid going on different ways”
“Not being afraid (wave). This one shows how a situation can be dangerous or spectacular. I feel scared and can’t bring myself to do it ”.

“Listening to my gut more, moments of coming and going, anxiety, being in harmony with one another”.

I take a different deck of cards, the OH cards this time, and I ask her to take one of each, but without looking.
Then, I ask her to flip them over and I ask her if she can find a connection between them and what we were talking about.

The word is “alone”.

When she is flipping them over, she gets surprised and says: “Yes, this is how I feel. This is how I’ve always felt: alone, in danger, a ruined landscape. I know that something nice will come after the storm, and much loneliness as well…”

This activity with the cards became fully integrated with this last one. The images allowed Ana to recover memories and emotions. For the first time, she could genuinely connect with her loneliness. At this point, she tells me -for the first time- that, before she was born, her mother had a baby girl that passed away a year after being born due to an illness. This is a topic that she had not addressed previously in her therapy sessions. It is an issue that she does not talk about, it is silenced but, because of this unresolved pain, much like a ghost, it is always present. ”My mum got hung-up on my dead sister and could never connect with the living. Now that she’s leaving, she’s more loving, and I feel closer to her as well”.

After this activity with Ana, the treatment took a significant turn. To begin with, the activity helped Ana support her mother in the final stages of her life, which, in turn, allowed her to position herself in front of others from a place of greater security and self-confidence.
The images worked as triggers and organized an internal material, and allowed it to surface naturally and for the therapy to continue (with some detours).
Ana continued to develop professionally and was able to consolidate a relationship with her partner, who made her feel accompanied.

Three years after that activity, she starts to work on a personal project that also involves images. We both remember the activity with joy. I tell her that I have written it down so that I can publish it at some point, and I ask her if she is okay with this and if she would like to read it. She quickly answers that she would.
After some days, she tells me that she was moved after seeing the work that we had done together, and tells me that she considers it a deep inner work. In addition, she is thrilled by the fact that I have written about her process and says: “Thank you for this work. I was touched by it, and it made me feel accompanied”, “I felt very alone”.

PDF of the English version

This vignette was previously presented at the XXVII Encuentro Latinoamericano sobre el pensamiento de Winnicott (Latin-American Conference on the Thinking of Winnicott) at the workshop “Cuando las palabras no son suficiente. Una invitación desde el arte a la asociación“ (When Words Are Not Enough. An Invitation from Art to Association) dictated by Victoria Font Saravia and Yanina Piccolo, with the use of the OH Cards.