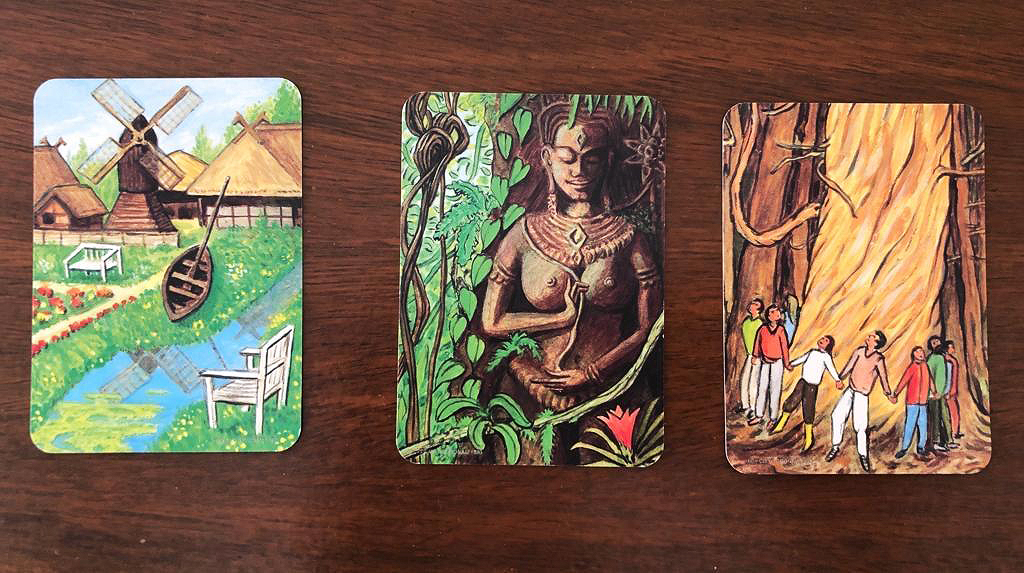 Past, Present and Future with “Habitat”

Fiorella, a 58-year-old woman, had been going through a grieving process for more than two years. She was not able to digest or process it. After 25 years, her husband left their house without saying a word, which left the patient plunged into a deep sadness.

She has always felt “invisible” for her family of origin. She was never looked at, or heard, or taken into account, by both her parents and her siblings.
The separation from her husband increased her feeling of invisibility. She said: “I don’t want to stop thinking about X, I was happy with him. I could only picture my future if it was with him; I liked the life we had”.

F. and X. shared their love for sports, they enjoyed travelling and exploring exotic places.
Fiorella had been dreaming about X almost every night for 2 years; ”In my dreams, I can feel him close” she said. She felt very alone, and could not motivate herself: she rejected any new activity or idea that her friends suggested for her to feel better. Her life was monotonous, sad and empty. However, she stated: “I don’t know if I want to say goodbye to him, I can still feel his smell”. Fiorella was holding on to her ex-husband, who seemed to function as a guarantee of her existence.

Due to the inflexibility that the patient showed, who deemed every idea, suggestion or question as an intrusion, I suggested working with the Habitat Cards, with the aim of searching for something that triggered something in her, since words and conscious thought were not producing anything helpful.

Fiorella arranged the cards on the table and said:

Image that represented the Past

Fiorella – It’s something cute, naive, romantic, and bucolic. It’s a Dutch windmill in the middle of a garden, with a stream and some bungalows with a thatched roof. Benches to sit on and look at the landscape. A canoe and a stream with the reflection of the sails of the windmill.
Therapist – What does this image say about your past?
F- It’s very pleasant, peaceful, calm, very enjoyable, very nice.
The image described a landscape similar to her old life with her husband: outdoor life, sports and tranquility.

Image that represented the Present

F- It’s a feminine Buddha, she’s meditating, she has huge breasts. She’s in the middle of a rainforest, with lots of green.
T- Does this image say anything about you?
F- I don’t meditate, I don’t have those breasts… I don’t see it…
T- Take it with your hands and see if you see anything else.
F- (Looking at the image closely) She has necklaces. She’s smiling; she’s calm, centered, at peace. She’s in a nice and peaceful place. I don’t see the resemblance…
T- If you could bring something from this image to your life, what would it be?
F- I see that she’s centered, focused on something. “Her smile”.
T- Does the painting convey any idea of why she is smiling?
F- I don’t know… she’s feminine. She’s in a green place, but she doesn’t seem to be connected to something from the outside.
T- And if she’s not smiling because of something from the outside, could she be smiling because of something inside of her?
F- Maybe… The greenness, the flower… she could be pregnant…
T- (After a pause) Would you like to look for something inside of you that makes you smile?
F- (She nods and closes her eyes) I would like to get my smile back. Maybe I could find something if I looked inside of me instead of looking outside, what he did or didn’t do…

Image that represented the Future

F- There’s a group of men holding hands, around a tree or a log; I can’t tell what it is. They’re looking up, as if they were in some woods with tall trees. All the greenness that was present here (image that represented the present) is not here. The human being looks small here.
T- Is there something from the image that you would like to bring to your future?
F- People holding hands. They’re not alone, they’re accompanied, they’re sharing.
T- And that’s something that you would like to imagine for your future?
F- Yes, that’s what I wanted with my ex… There’s something going on in the image, there’s a risk… they’re looking up… and trying to help one another. I can feel that, the idea that life is a chain of favors.
T- Do you see any difference between the first and the third image?
F- There’s something going on in the third one, the first one is just pleasure, enjoyment, without any risks. But life is not that peachy, our bodies grow old, there’s problems.
T- So, if life resembles the third image, where there’s risks, things that happen… the element that you would like to bring from the image to your future is the idea of looking at the problem and finding help? Hands that work together, a group?
F- Yes… that’s funny… I always thought that my happiness and my future depended on my relationship with my partner… and now I’m imagining a group….

Some months after the activity with the Habitat Cards, Fiorella joined a group of sportspeople that travel the country by bike.